Petr Zavodsky, Chairman of the Board of Directors and CEO of Elektrarna Dukovany II, a. s.

IIn this edition of A View From, Petr Zavodsky updates us on the development of the tender for a new nuclear unit in the Czech Republic. Construction of the new plant, which will account for around 10% of the Czech annual consumption, could start in 2029 and take 7-8 years to complete. 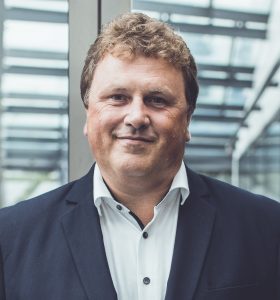 After several years of preparations, Elektrarna Dukovany II, a. s. (EDU II), 100% daughter company of CEZ has recently received an approval from the Czech government, who is also the largest shareholder of CEZ, to officially start a tender for nuclear new build in the NPP Dukovany site. In accordance with the previous safety assessment phase carried out by the state security forces, three bidders were asked to submit their offers: Westinghouse from the USA, EdF from France, and the Korean company KHNP.

According to the tender schedule, the bidders are to submit their initial offer by the end of November 2022. They have 20 months to prepare their final bids, having already received the preliminary tender documents more than six months ago. The bids will be evaluated by EDU II, and the evaluation report will then be submitted for state approval. The contracts will be finalized in 2024. According to the current schedule, construction of the new unit could start in 2029 and last around 7-8 years.

The new Dukovany unit will be built next to the existing power plant, which started operation in 1985. CEZ´s long-term strategy counts with operating the current units for up to 60 years, which means that the operation of the old units and the new one will probably overlap for several years. This fact limits the size of the new unit to a maximum of 1200 MW, respecting the site’s cooling water capacities. After 2045, the new NPP will then replace part of the output of the existing plant. The permits (especially Environmental Impact Assessment) allow for a maximum electrical output of 3250 MWe for limited time during the parallel operation of the new unit alongside the existing four units. In the longer term (i.e. after the shutdown of the existing units) the maximum power output could be 2400 MWe. The limit of up to 1200 Mwe for the new unit is mainly due to capacity and quality of the raw water, but also due to grid issues as well as limitations in terms of transport of oversized and heavy components. Therefore, from the very beginning, the tender considers a power limit of 1200 MW for the new unit.

The Czech Republic is still heavily dependent on coal-fired plants, which provide around 45% of electricity (while nuclear more than 30%). To meet the ambitious European CO2 reduction goals, these traditional sources will have to be gradually phased out and replaced by sources with lower emissions, such as renewables or nuclear. A nuclear plant with the capacity of 1200 MW will produce around 9 TWh of electricity yearly, which represents around 10% of the Czech annual consumption. The Czech public is known for its exceptionally strong pro-nuclear stance – the most recent polls from last Autumn show that 63% of Czechs support further nuclear development in the country.

Stay informed!
Subscribe to our Newsletter to be kept informed about our latest publications and news! ​