Nuclear is sustainable, according to the experts. So what happens next? 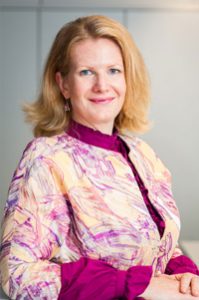 With the press leaking the Joint Research Centre’s (JRC) assessment of nuclear under the taxonomy last week, many of us are asking ourselves the question: what will the Commission to do next?

The JRC’s report focuses on two key aspects: whether or not nuclear causes significant harm to the environment and if solutions exist for the safe, long-term management of radioactive waste and spent nuclear fuel.  And all of this with the goal of identifying whether nuclear can be classed as a sustainable, taxonomy-aligned activity.

So what does the report actually say?  Let’s start by looking at how nuclear fares compared to other technologies under the ‘Do No Significant Harm’ (DNSH) criteria.  In a nutshell, the JRC clearly states that nuclear does not cause more harm to human health nor the environment than any other power-producing technology which is considered as sustainable under the taxonomy.  Delving deeper into the report, the JRC confirms the following:

So now we come to the second question about whether solutions exist for the safe, long-term management radioactive waste and spent nuclear fuel. Here again, the JRC’s response is very clear: Yes, because there is broad scientific and technical consensus that deep geological repositories provide an appropriate & safe solution. Interestingly enough, they use the example of CO2 storage technologies which the taxonomy already lists as being compliant. As the JRC points out, CO2 storage bears great similarities to nuclear repositories in that whilst there is already an advanced regulatory framework in place for such storage, there is currently no operational CO2 geological disposal.

This is the big question. We know that the Commission has designated two additional expert groups[1] to review the work of the JRC and produce opinions before the summer break.  But given that the results of the JRC are pretty conclusive (and very thorough) we think that these must already be taken into account.

For a while now we have been calling on the Commission to include nuclear under the first Delegated Act (DA) if the JRC work is completed in time, including in a letter sent to Commissioner McGuiness at the beginning of the year.  With the DA postponed at least until the second half of April, we think this is now a viable option and we call on the Commission to give this serious consideration.  It will remove the uncertainty surrounding the future of nuclear under the taxonomy and will mean that all technologies are treated at the same time (preferably on an equal footing).

Other options, such as treating nuclear as a stand-alone text or leaving it until the DAs are reviewed in the (potentially distant) future are not acceptable to the nuclear industry as this would lead to too much uncertainty. It would also go against two goals: the equal treatment of technologies under the same sector and, more crucially, supporting those technologies which can help the EU achieve its decarbonisation targets in a sustainable way.

The ball is now in the Commission’s court. Although we know they have only ever committed to considering the inclusion of nuclear under the taxonomy depending on the outcomes, tackling climate change means listening to the science and not the politics. And the science is clear: nuclear energy is sustainable.

[1] The Article 31 group of the Euratom Treaty  & a sub group of the Scientific Committee on Health, Environmental and Emerging Risks (SCHEER).