The Choice of Belgium and its Consequences for Climate, Employment and Prices 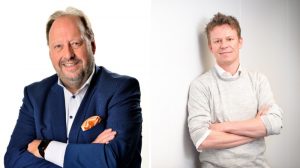 In 2003, the Belgian government decided to fully phase out its nuclear power fleet by 2025. Nuclear energy currently accounts for over 50% of Belgium’s domestic electricity supply, and over 80% of Belgium’s low carbon electricity (solar and wind jointly account for about up to 15%). The replacement capacity (Combined Cycle Gas Turbines & Open Cycle Gas Turbines) has not been constructed yet, although a CRM (capacity renumeration mechanism) has been agreed on by the Belgian Parliament (with support from the Green parties). Independent experts have warned that it might be too late to phase-out nuclear by 2025, in the absence of replacement capacity combined with the fact that current interconnections do not suffice to deal with an abrupt and brutal loss of 6GW nuclear capacity.

Should Belgium decide to fully phase out nuclear by 2025, this will have substantial negative impact on security of supply, carbon dioxide emissions, employment, overall nuclear know-how, electricity prices, and many other parameters.

With regards to electricity prices, it is estimated that a complete nuclear phase-out in 2025 could double electricity production costs by 20501, with investments increasing by €36 billion between 2010 and 20302. Belgium’s trade deficit could increase by 3,7€/MWh by 20303 and the cost of electricity imports could rise to €300 million4. All of these worrying findings come from independent research by academia, think tanks and research bodies.

When it comes to the climate impact of a Belgian phase-out, different independent studies on the topic have similarly come to worrying findings. Carbon dioxide emissions from electricity production could triple by 2050 after a nuclear phase out5, with 4 million additional tonnes of CO2 by 20306, and 19 million tonnes per year as of 20307. Greenhouse gas emissions would be 47% higher by 2030 than 20108. All of this resulting from the fact that the share of fossil fueled electricity plants, which currently represent 27% of Belgium’s domestic electricity production, would reach a peak share of 72% by 20309. This would result in a sharp rise of carbon dioxide emissions, going completely against the climate ambitions Belgium committed itself to under the Paris Climate Agreement in 2015. Nuclear energy is definitely a part of the solution when it comes to climate protection, as it goes hand in hand with renewable energy.

With regards to employment, a nuclear phase out in 2025 could potentially result in the loss of 7,000 direct jobs. Not to mention job losses amongst subcontractors (not included in the 7,000 direct job loss figure). More generally, a nuclear phase out would have a negative impact on the longstanding internationally recognized position of Belgium as a nuclear power hub (based on the thorough expertise Belgium has in different domains of nuclear technology, from fundamental & applied scientific research to nuclear medicine, across the complete lifecycle of nuclear facilities, from engineering and construction to dismantling and knowhow on nuclear waste). As such, a nuclear phase out could negatively impact Belgium’s nuclear industry in applications other than energy, and in the long run create a nuclear brain drain.