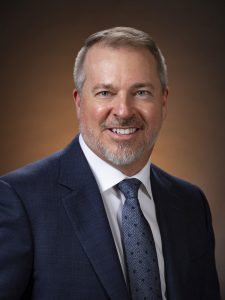 The Canadian and European nuclear industries have been collaborating for decades, including in 1959 when we signed the Agreement for Cooperation in the Peaceful Uses of Atomic Energy. Our partnership has only grown since then. Canadian CANDU reactors have been in service in Romania for nearly 30 years, while European companies have provided components to the Canadian nuclear sector and are recognized internationally for their technology know-how.

Most recently, in January 2021, the Canadian Nuclear Association (CNA) and FORATOM signed a memorandum of understanding (MOU) to collaborate in nuclear and promote clean, innovative and advanced nuclear technologies.

The signing represents the next chapter in Canada and Europe’s positive relationship to achieve common goals, including:

As long-time, strategic partners, Canada and Europe share common values – including recognizing the importance of dealing with climate change and ensuring the health and safety of its citizens. Today, Canada is home to 19 nuclear power reactors. These produce clean, reliable electricity, representing 15 per cent of the country’s total electricity. Every year in Canada, nuclear energy avoids 80 million tonnes of CO2 emissions by displacing fossil fuels; supports 76,000 direct and indirect jobs; and contributes $17 billion in gross domestic product. The MOU between FORATOM and the CNA will allow for greater dialogue and collaboration around nuclear’s role in reaching environmental stewardship and economic development goals.

Governments around the world have pledged net-zero emission targets by 2050. Nuclear technologies will need to play an important role to meet these ambitious goals. Twenty years ago, we were at 36 per cent clean electricity on the world’s grids. Twenty years later, despite the growth of wind and solar, we’re still at 36 per cent.

We don’t have time to wait another 20 years to figure this out. Nuclear energy should be widely recognized as a clean technology by governments in Canada, Europe and around the world. The CNA looks forward to working together with FORATOM to make this happen.